The Edmunds StoryFamily Owned & Operated Since 1942

Edmunds’ Ace Hardware is family owned and operated since 1942. There are currently three generations participating in the daily operations of the business.

Edmunds’ began as a long dream of Clarence Edmunds to own his own store. He started at age 11 at the First National Store in Bennington NH. In 1942 he was finally able to realize his dream. He and his wife Hattie (Parker) Edmunds opened Edmunds in 1942 in Proctor Square in Downtown Henniker NH. Edmunds served it’s customers by offering a large variety of items from hardware, plumbing, electrical and paint, to house wares, stationary, gifts, jewelry and glassware. It became a true Department Store. Twenty years later, in 1962, when their son Richard was 18, Hattie and Clarence opened a second Edmunds location in Antrim. By 1966 Richard took over management of the Edmunds location in Antrim. With Father and Son working together, they grew the business and prepared for the future. By 1977 business was going well and the Henniker store was busting out of it’s downtown location. Clarence purchased some land at the intersection of Route 202 and Route 114 with enough space for a bigger store and plenty of parking for the customers! The Grand opening was in November 1977. 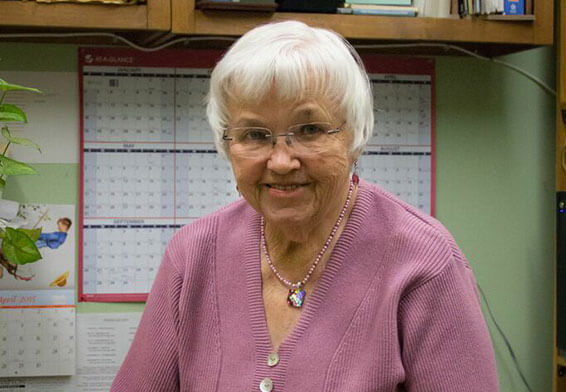 In1984 Clarence decided to retire and Richard became the owner Edmunds Incorporated, which included both locations. Edmunds joined the Ace Franchise in 1995 and currently operates as an ACE Hardware Store.

In 2002, the Henniker store underwent a another change and major expansion, increasing the store size to 10,000 square feet. This expansion included an innovative store front design incorporating 14 overhead garage-type doors and four man-doors. This design allows bulk goods and outdoor products to be displayed prominently in the front of the store for easy access; minimizing the time and effort required daily to set up goods for display. On May 10th, 2003, the Henniker store held a grand-reopening to coincide with a 60 year anniversary celebration of the founding of Clarence’s first store.

The Antrim store still remains on Main Street in the original building since 1962. The third generation of Edmunds, Rick Edmunds is managing the daily operations at Edmunds Ace Hardware in Antrim.

Since 1942 the Edmunds Family has grown the business based on the principals of always putting the customer first. At Edmunds’ you’re always greeted with personal and friendly service by a trained and knowledgeable staff.

Lorraine Edmunds is one of our owners. She has been a part of both the Antrim and Henniker teams for 50 years. She manages the curtain rod aisle, pet department and the door and window hardware aisle in the Antrim store. She also does bookkeeping and works the register. Her favorite part of the job is knowing that she is running a great business that helps people in the community.

Dick Edmunds has been with Edmunds for 61 years. He is the owner of Edmunds. His favorite part of the job is working with the customers and helping the community.

The buliding containing the present Antrim store with a horse and buggy in front - way back when!

Rick Edmunds is the manager of the Antrim store. He has been with Edmunds for over 30 years. He manages the plumbing aisle, seasonal, stovepipe and special orders. His favorite part of the job is problem solving with the customers and working to serve our community the best he can.

Jeanine Edmunds has been with Edmunds for 16 years. She started out on the sales floor in Antrim and now does the payroll and helps with bilłing. Her favorite part of the job is learning about the family business as she looks forward to integrating further into the business as her children get older.

Antrim Store in the 70’s

Here is the Antrim store in the early 70’s with a pickup truck across the street.

Andrew Edmunds has been with the Antrim team for 3 years. He helps bring the products that are displayed in the front of the store during business hours in and out . He also helps put stock away and builds wheel barrows, benches and other products that need assembly. His favorite part of the job is his pride in being the fourth generation of the business.

Brody Edmunds has been with the Antrim team for 2 years. He helps bring the products that are displayed in the front of the store during business hours in and out. He also helps keep the store tidy by sweeping and emptying the trash. His favorite part of the job is finding treasures when he's sweeping the store.

Come by and see us!

We’d Love to Hear From You!

This is the BEST hardware store ever. They greet you when you come in the door and ask if you need help-not push but genuinely nice. If you are a regular, you are greeted by name. And they have everything! If they don’t, they will get it for you. This place should be on a list for tourists~ a real old fashion store where customers are important. Courteous, friendly, happy, and knowledgeable staff. Don’t bother going to the big box (or Belletete with its grumpy unhelpful staff….) go to Edmunds first. We love Edmunds hardware! !!!